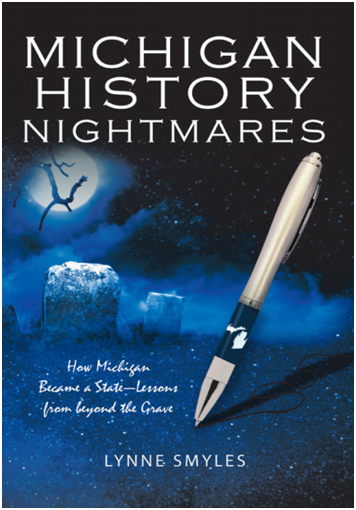 ​Christmas is fast approaching and with it the exciting anticipation of magical surprises. But when Katie, Nick, Gary, Helena, and Zach log onto the new Tri-Con Dynamics quantum computers, their surprises are anything but magical.

The five children are excited to be the first test group to determine whether the new Tri-Con Dynamics quantum computers are kid friendly. When they boot up the computers, mysterious drawers next to the USB ports slide open, revealing black rings trimmed in silver. An onscreen message instructs the children to wear the ring at all times while interacting with the computers. But when the students begin their research, something truly shocking happens. Catapulted back in time, the group finds themselves trapped in a parallel universe where ghosts from the past become their Michigan history teachers. As the five travelers encounter terrifying challenges, including quicksand and cannonballs, they discover the pen that was supposed to take them back to their own time isn’t responding. Who—or what—is in control of their future?

What happens when you research the Michigan fur trade on Halloween? Katie,
Nick, Gary, Helena, and the mysterious new kid, Zach, are about to find out...

Halloween dawns with the promise of an exciting day. Looking forward to the
afternoon’s Halloween festivities, Katie’s group is anxious to get through their
morning research assignment on the Michigan fur trade and start the celebration.
Little do they know that their computers have more tricks than treats in store for
them.

This time the young historians find themselves transported back in time to the
seventeenth century where they are captured by pirates, attacked by a bear, and
shot through the rapids with voyageurs while learning first-hand about the fur
trade in Michigan. Even more disturbing is the fact that they are no longer in
possession of the Michigan pen. Meanwhile, Katie and her friends can’t help but
wonder: Will they ever make it home without the Michigan pen? 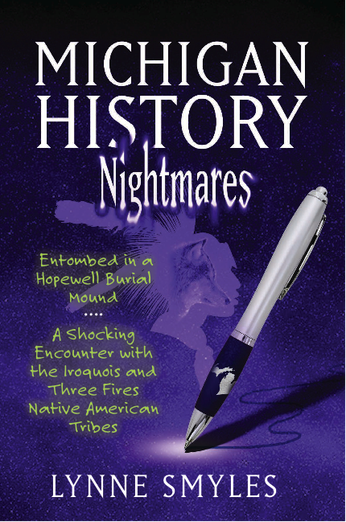 Unlike most kids, Katie's nightmares don't end when she wakes up.  Lately her bad dreams have sent her to places other Michigan kids only learn about in books.

For Katie and her friends, including the mysterious new kid, Zach, Michigan history is about to get real once again.

This time the gang is sent back in time to explore Michigan's Native American cultures:  Ancient Hopewellian mound builders, Ojibwas, Ottawas, and Hurons.

The kids are fascinated, but the magical pen with the power to send them home isn't cooperating.

Meanwhile they're cold, hungry, and tired, and Katie has a sneaking suspicion there's a wolf in their midst. 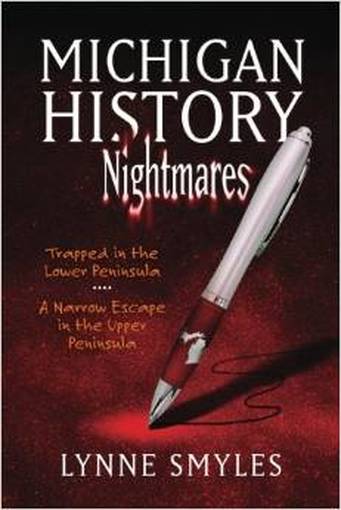 Katie wakes up for her first day of third grade with a funny feeling that something quite unusual is about to happen.

Later that afternoon, she and her two friends are rewarded with a special state pen for their group work on Michigan's lower peninsula.

While Katie thinks she glimpses a sparkle in her teacher's eye when handing over the pen, she thinks nothing of it until the three friends are sucked through their computer screens and suddenly trapped inside a giant glacier!

As the group tries to find a way to escape, they embark on a journey through Michigan's varied history, learning firsthand how the state's lower peninsula was actually formed.

Meanwhile, Katie and her friends can't help but wonder: Does the pen hold a secret that might help them get back home?
Proudly powered by Weebly
Lynne Smyles Michigan History Nightmares Children Michigan Teacher Author Writer Michigan History Book